If you're in the market for a new feeder insect for your reptile, superworms are a great choice! They are high in protein and fat, and can generally provide a rich source of hydration and nutrition for your pet. Raising these critters is quite easy, as is learning how to keep superworms alive. If you want to learn more about breeding superworms and need guidance in deciding whether they're the perfect insects for your pet, consult the guide below!

A superworm is an insect that is known by a popular misnomer. Why? It's not a worm at all! This little bug is actually the larval stage of a type of darkling beetle, Zophobas morio. There are more than 20,000 darkling beetles known to man, and believe it or not, the superworm is one that can be eaten not only by your pet, but by you as well! The superworm is known by many names, including the King Worm, Morio Worm and Zophobas.

This worm is quite large, which is one of the reasons why it provides so much nutritional value for your pet. It is five times larger than its well-known cousin, the mealworm, due to having more chitin (the outer shell, typically referred to as the exoskeleton) and a generally longer body. In their adult stage, superworms can reach an average of 1.5-2 inches in length and are quite thick — comparable to a No. 2 pencil!

Partially due to their larger size, superworms are great alternatives to mealworms for feeding reptiles, as they offer more nutrition than many other popular feeder insects, including mealworms, crickets and waxworms.

Superworms, from egg to adulthood, can live for up to a year! One of the longest lifespans among many insects of its kind. Its life cycle is known as a "complete metamorphosis," meaning each of the four developmental stages is markedly different from the one preceding or following it.

Important to know when breeding superworms, female darkling beetles can lay 100 or more eggs at once! She will typically lay them directly into the soil, in animal carcasses or on decaying wood or vegetation. The eggs will appear white and quite small, only 1/10 of an inch. It takes only a few days for these eggs to hatch and release the next developmental stage, the larva.

This stage is also known as a "grub" and takes up a large fraction of the darkling beetle life cycle. In this stage, the primary goal is to eat as much food as possible to grow and develop internal organs in preparation for adulthood. They have strong, capable mouthparts and three pairs of legs that enable them to break down foods, including decaying organic matter like vegetation and tree bark. Interestingly, superworms will develop into their pupal stage if isolated, but they will remain in the larval stage longer if kept in a colony with other superworms (up to a whole year!). They will molt up to 20 times before transitioning into their larval stage.

Similar to the mealworm, when the superworm has reached its penultimate development stage, the pupal stage, it curls into itself and ceases almost all functionality. It creates a silk cocoon that hardens around its body to protect it from environmental threats as it develops into an adult. In the wild, this process happens in the soil for added protection. During this time, vital internal organs that were not present in the larval form begin to take shape for adulthood. This normally takes a maximum of two weeks. After it is fully developed, the pupa takes another two weeks to fully emerge from its cocoon.

While in the soil, the superworm pupa grows antennae, wings, legs and a fully functioning reproductive system. It emerges from the soil as a new darkling beetle, although it will still feed on the same things it did as a larva.

Superworms are tropical insects, hailing from Central and South America. At this point, however, they have been made available throughout the world. They can be found burrowing in soil amongst fallen trees and decaying vegetation. They enjoy dark, moist spaces, so you are most likely to find them in areas that have at least low levels of humidity.

However, they've become widespread around the world and can even be found in deserts. As long as they have access to decaying organic matter, and a moisture-rich home to retreat to, these hardy insects can persist in a wide variety of habitats.

When compared to other common species of feeder insects, superworms are one of the most highly nutritious species available. Keep in mind that even though this species is rich in protein and other minerals, you will still need to gut-load them (feed them foods that are rich in nutrition so they pass that nourishment onto your pet) and dust them with the recommended supplements to give your pet a well-balanced diet.

Superworms for bearded dragons and other reptiles are a great source of food. The most common reptiles that eat superworms are lizards and turtles. Because of their size, it is best to avoid feeding these insects to smaller pets, as they may pose a choking hazard — your pet is more prone to injury if the superworm is fed live.

You cannot just haphazardly toss superworms into the substrate, or they will burrow and potentially bother your lizard later on. Instead, place them in a container they can't climb out of, but that your lizard or turtle can easily reach into. Plastic, slick slides are best so they do not gain traction to climb out of the container.

Can bearded dragons eat superworms? Certainly! In fact, superworms are a good option for most reptiles. You may wonder how many superworms to feed your bearded dragon on a weekly basis. Although they are nutritious, and reptiles love the taste, superworms have a high fat content and should mainly be fed as treats, maybe one or two per week.

If you are interested in saving money on your pet's diet, or just simply want to get into the hobby of insect farming, keeping and breeding superworms can be rewarding. Here are a few guidelines to help you raise them and tips on how to keep superworms alive:

As long as the container is a minimum of 5 inches deep, you can house your superworm colony in virtually any container. Plastic containers such as Rubbermaid tubs or Tupperware are great; even cat litter pans will work well. Clean the container before use to eliminate any potential germs from infecting your colony.

Although ventilation is important, you need to make sure that no ventilation holes are placed on the sides or bottom of the container. This is because your superworms will likely chew through these holes and free themselves.

Superworms can be kept in a colony for the duration of their lives. However, breeding superworms requires a bit extra for their care. As they mature in the larval stage, you will need to separate the superworms into individual containers so they pupate sooner, rather than the maximum of one year.

They'll be ready to separate at about 5 months old. You can simply place each individual larva into a 35mm film canister without food or water (recall that they do not eat during this period).

You have the option to add substrate that is exclusively food, or part food and part commercial (or otherwise premade substrate). Bran, wheat and raw oatmeal are all great options for substrate, along with foods such as carrots or potatoes for hydration. You do not want to put a bowl of water in the superworms' container, as they will only crawl into it and drown.

Keep these foods on the surface of the substrate, rather than mixed into it, so you can remove and replace them as necessary to avoid molding. Add your substrate until it is at least 4 inches deep, with higher sides so that the superworms are unable to crawl out.

Superworms do not require any special lighting, as they naturally prefer dark habitats. Keep the container between 75 and 80 degrees Fahrenheit — any higher, and you will begin to observe the worms crawling to the surface of the substrate and dying off in large numbers. Although they can survive at temperatures as high as 90 degrees, it is best to avoid this extreme. Unlike mealworms, these critters cannot handle being refrigerated.

Superworms for bearded dragons and various reptiles are incredibly nutritious. Because of the slight challenges they pose with feeding and care, it is recommended that new reptile owners instead opt for an easier species, such as mealworms. Once you and your pet are comfortable with your feeding regimen, go ahead and give superworms a try! They are a great source of nourishment that you surely won't regret integrating into your routine.

Superworms from Topflight Dubia Make a Healthy Choice for Reptiles

Looking for a good food option for your bearded dragon? Superworms can fit the bill. Along with high-quality Dubia roaches, superworms make a nice treat for your exotic reptile pets. Contact us today! 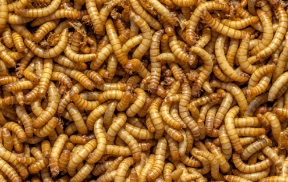 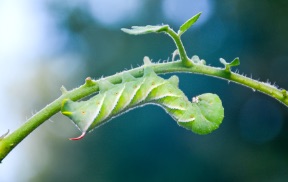 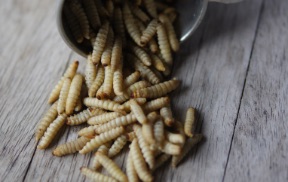