When it comes to choosing the right types of feeder roaches for your pet, the options may seem overwhelming at first. Invertebrates make up a large portion of the diets for many animals in captivity, from reptiles to small mammals. Worms, crickets, grasshoppers and roaches are all readily available from both pet stores and breeders, but you’ll notice when purchasing these insects that there are different species within the species available. To simplify the process, we will discuss the types of feeder roaches that are frequently offered.

What Are Dubia Roaches?

Dubia roaches (Blaptica dubia) are medium-sized cockroaches native to parts of Central and South America. They are fleshy insects with low amounts of chitin in their exoskeleton. Their ability to retain nutrients and moisture in their gut makes them an excellent choice when it comes to feeder insects, which also has led them to becoming a staple in the diet of many captive animals.

What Is a Dubia Roach's Best Quality as Feeder?

The dubia roach's best quality as a feeder is its nutritional value.

Dubia roaches are high in protein and low in fat, making them one of the healthiest types of feeder roaches you can buy.

Beyond that, dubia roaches do not smell, they’re quiet, and they are unable to climb up smooth surfaces. The males have wings but rarely fly, and they are relatively slow-moving, so in the case that one were to escape or fall out of your hand, catching it is extremely easy.

They are very easy to keep, which is why many people have chosen to start their own colonies, which, once established, allow for feeders to be available almost any given time.

The red runner, or Turkestan cockroach (Shelfordella lateralis), often referred to as Blatta lateralis, is a small and very fast roach native to areas ranging from Northern Africa to Central Asia.

They are among other types of feeder roaches with a very high meat-to-shell ratio. This means they are high in protein, low in fat and low in chitin, which makes them another excellent choice for feeder insects.

There are a few things about the red runner that may or may not be an issue when it comes to choosing a feeder for your pet. First, as mentioned before, they are very quick, hence the name “red runner.” While they cannot climb smooth surfaces such as glass, they are very quick to dart away, which makes them almost impossible to catch should they escape their enclosure.

They are also relatively small. Size would not be an issue, say for juvenile lizards or small tarantulas, but when it comes to medium to larger reptiles and invertebrates, it would definitely take more than one of these types of feeder roaches to do the job. Their quick and erratic movements make them excellent starters for juvenile reptiles such as bearded dragons, who might need the extra speed and motion to kick into their “prey-drive.”

Unlike other types of feeder roaches, the red runner does not burrow.

Their impressive size and generally slow demeanor have landed them many roles in movies and as photo props, but more often than not, they’re kept as pets as opposed to feeders. That’s not to say that they cannot be used as feeders, as they are readily available, high in protein and easily gut-loaded. But, due to the slightly higher levels of chitin in their exoskeleton, hissing cockroaches should be used more so to add variety as opposed to being a staple in your pet’s diet.

These roaches are very large and unable to fly, however they are able to climb smooth surfaces such as glass and plastic. A few extra precautions must be taken if keeping these insects to prevent unnecessary escapes. Unlike other species of roaches, the hissing cockroach is capable of well — hissing. This ability is used mostly when the roaches are startled as a form of defense, as well as a form of communication among males in a roach colony.

The discoid roach (Blaberus discoidalis) is a species of roach in the “giant cockroach” family Blaberidae. They are native to Central America with wild colonies established in other places such as Jamaica, Haiti and Puerto Rico.

They are among the other types of feeder roaches that are very high in protein, especially when it comes to meat-to-shell ratio, and also are one of the only species of cockroach legal to possess in Florida as feeders. They are very large and somewhat clumsy when they move, with large wings that lack the ability to fly. They are also unable to climb up smooth surfaces, which makes them easy to keep and breed in captivity.

Discoids make excellent feeders and have become a staple in the diets of many captive animals, mammals and reptiles alike.

There are many types of feeder roaches, but dubia roaches are the best option for feeding your pets. The dubia roaches for sale from Topflight Dubia are easy to keep, and they make for healthy and nutritious food for your lizards, tarantulas and other invertebrates. Get yours today! 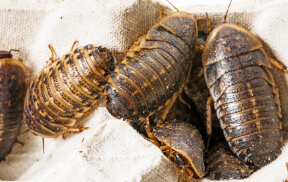 How to Start a Dubia Roach Colony 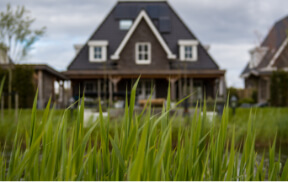 Can Dubia Roaches Infest Your House? 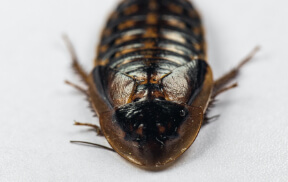 How to Store Dubia Roaches